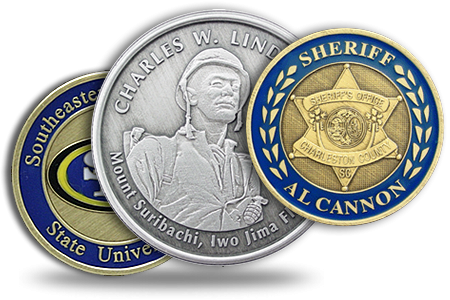 Chat Now
About Us Our History The Wendell's Difference

In 1882, Wendell’s opened for business in Downtown Minneapolis. Minneapolis was far different in 1882; a thriving city of 43,000 people fueled by the grain milling and lumber industries yet very much on the edge of the frontier. Wendell’s manufactured rubber stamps, stencils and steel engraving for local industry from a small office on Hennepin Avenue, around the block from the original location of the Minneapolis City Hall.

In 1940, Jim Barnum and Bill Bryant took over the management of the company and in 1945, they completed the purchase of the company. In the post-war years, Wendell’s continued to grow by acquiring other stamp, stencil and seal companies but the owners felt that they needed products with a national market to support their growth. Added to their product line were buttons, badges and regalia, the beginnings of the Wendell’s Custom Products line.

After 67 years in the heart of downtown, Wendell’s moved to a new Minneapolis location that allowed more room for the increased production capability the new product lines required. Wendell’s continued to grow acquiring four additional regional competitors, adding their long history to the traditions of Wendell’s. In 1982, Wendell’s quietly celebrated their 100th year of business with an optimistic look to the future.

An interesting highlight of Wendell’s history is their role in the treatment, recovery and ongoing success of millions of people worldwide who have fought and are winning the battle against addiction. In 1973, a Wendell’s employee Bill Westman, himself a recovering alcoholic was active speaking and counseling others seeking treatment. Bill wanted something that he could leave with those to whom he spoke, something to remind them of the message of AA and to encourage their continued healing. Bill developed a medallion with a raised center and the raised center anniversary medallion has become one of the more visible and lasting traditions of the AA movement, recognized the world over.

In the last decade of the 20th Century Larry Cody & Teri Wingness became owners of the company and they still own it today. Wendell’s entered another period of expansion and soon outgrew the Minneapolis location, moving in 1995 to a 25,000 square foot facility in Ramsey, a northwestern suburb.

A Variety of Products

Wendell’s has produced many products during its history. Rubber stamps and engraving have followed the company since its inception and continue to be a major part of the business. When Porleon introduced the Perma line of stamps Wendell’s became one of the original licensees of this product line. Innovation continued when lasers were introduced to produce stamps and to modernize engraving. This tradition continues today, Wendell’s produces Flash Technology pre-inked stamps the latest innovation in quality personal marking. Wendell’s is also an innovator in the fulfillment of customer orders offering a variety of fast, secure ordering platforms, and a highly efficient electronic order processing system to speed delivery and assure quality. Customers nationwide enjoy the excellence in service, quality and value Wendell’s has delivered since 1882.

Wendell’s Inspiration and Affirmation lines continue to innovate and grow. Wendell’s continues to serve individuals celebrating recovery around the world and they have added motivational and inspirational designs to share the wonder of personal accomplishment with people in industry and the community.

Wendell’s Custom Minting shares the reputation for excellence in service, quality, and value, that has sustained Wendell’s for 125 years. Wendell’s creative and sales teams are seen as valued partners with proven ideas and creative new application for these ideas in motivational, promotional and celebratory events. Wendell’s investment in plant and personnel assure that world class quality is delivered at world competitive costs. Wendell’s focus on customer partnership makes sure we provide world class quality with the service and delivery support you expect from a local business partner.

Contact us today to create and customize your projects and put more than a century of experience to work for you.  Or give us a call at
1-800-WENDELLS (936-3355)